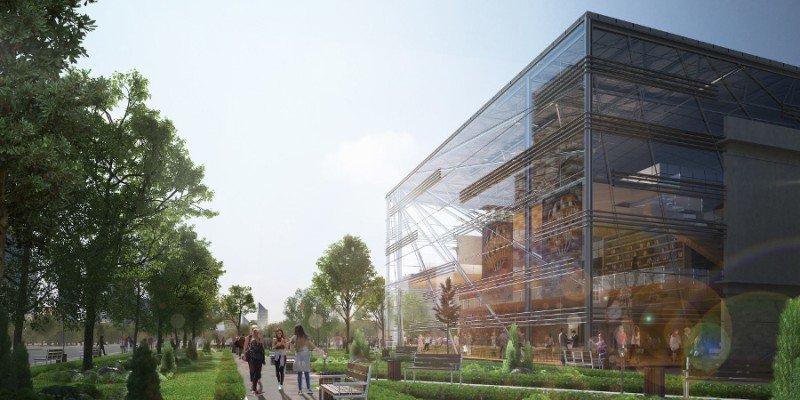 Filinvest has a new township on the rise as it breaks ground for its 288-hectare development in New Clark City, a joint venture with the Bases Conversion and Development Authority (BCDA).

Through this latest township, Filinvest at New Clark City in Central Luzon, Filinvest is seeking to develop a modern, smart and sustainable city within the Philippines. The first phase involves a 64-hectare Innovation and Logistic Park to serve as the economic base of the city with target completion in first quarter of 2020 to be followed by another 60 hectares.

Pursuant to a joint venture agreement with BCDA, the Filinvest group’s real estate subsidiary, Filinvest Land, is expected to transform 288 hectares of land into a green city. Filinvest at New Clark City is situated in what Filinvest believes is one of the most coveted areas of New Clark City. The Filinvest masterplan includes a mixed use development complete with residential, office and institutional uses anchored by an Innovation and Logistic Park . It is expected to be among the largest township developments of Filinvest.

“We have a vision of creating a modern, sustainable and smart city that we envisage will serve as an agent of change in shaping a stronger economy,” Filinvest Land Inc. President Josephine Gotianun Yap said.

”Filinvest is one of BCDA’s pioneer and integral partners in New Clark City, as we share the vision of creating opportunities in a modern, smart, and green metropolis. We look forward to seeing this new project come to life,” said BCDA President and CEO Vivencio Dizon.

Officials from BCDA, including President & CEO Vivencio Dizon, as well as representatives from the local government unit are expected to attend the event.

Filinvest believes the township stands to benefit from the Government’s support for the project through the participation of BCDA as well as the benefits derived from being located in a Special Economic Zone. The Government has located the new Government Administrative Center in New Clark City. The location has benefited from the construction of transport infrastructure, such as the Subic-Clark Tarlac Expressway and Clark International Airport, among others. These and the Government’s planned future transport links, such as the Manila-Clark Highspeed Rail and Clark-Subic Cargo Rail, are expected to help bridge the distance between Clark and the Philippines’ major cities as well as provide accessible inbound and outbound access for tourists and foreign investors.

As part of its commitment to build a sustainable community, Filinvest expects to apply for a Leadership in Environmental and Energy Design (LEED) certification in respect of certain of the establishments within the township.

In November 2019, New Clark City will play host to the 30th Southeast Asian Games (SEA Games), providing an opportunity to showcase the township’s readiness to do business. The facilities for the SEA Games include a world-class sports complex comprising an athletic stadium with a seating capacity of 20,000, an aquatic center with a seating capacity of 2,000 and an athletes’ village that can accommodate up to 1,000 athletes.


NOT FOR PUBLICATION OR DISTRIBUTION IN THE UNITED STATES, CANADA, JAPAN OR AUSTRALIA.